It’s the Ultimate Seafood Experience hitting the sands the night before the main event!

On Friday night, October 23, 2015, the South Beach Seafood Festival brings its 2nd annual Chef Showdown to the sands of South Beach, the night before the main festival, pairing executive chefs of Miami’s top restaurants in six head-to-head competitions. Hosted at the South Beach Seafood Festival’s GOYA Culinary Pavilion on 9th and Ocean Drive in Miami Beach, and presented by Warren Henry Automotive Group and Bacardi, the Chef Showdown transforms all guests into featured judges, where they experience 12 chefs battling in 6 competitions and their vote counts towards crowning each Showdown Champion.

If you’re competitive juices aren’t flowing yet, the 2015 theme of “Fight Night” will make you feel ringside, just remember to take off your boxing gloves and whip out your forks before digging in.

Ready to eat yet? The 2015 Chef Showdown features competitions in Shrimp, Tuna, Surf & Turf, Taco, Octopus, and the evening’s main event, Lobster, where Chef Ralph Pagano, owner of Naked Taco and also the event’s Master of Ceremonies, is paired against Miami Beach seafood master,Joe’s Stone Crab and Chef Andre Bienvenu. “In the kitchen, as far as I know, size has yet to matter. We’ve got a dish that can go up against the best, and in this case, that’s exactly what’s going to happen”, said Pagano. Showdown competitions include Coyo versus Bodega in Battle Taco, and Red, the Steakhouse versus Smith & Wollensky in Battle Surf & Turf, Poseidon versus Alter in Battle Octopus, CIBO versus City Hall in Battle Shrimp, and Oceanaire versus Drunken Dragon in Battle Tuna.

Each restaurant will host stations so guests can indulge and vote on their favorite restaurant in each category as they also catch them on stage battling it out for champion status. Additionally, the event will feature a FULL Sustainable Seafood showcase from hosting sponsors at Whole Foods Market, a wine pairing experience from title sponsors, Hess Collection, which will be paired with sushi from the new SOHO Bay on South Beach, oyster girls showcasing oysters from Midtown Oyster Bar, full open bar sponsored by Bacardi and Heineken Light, dj, dancing, raffles, auctions, and so much more. It is an event for the TOP SEAFOODIES out there.

Tickets to the 2015 South Beach Seafood Festival schedule of events, including the Chef Showdown, are available exclusively at www.sobeseafoodfest.com. Weekend event tickets range from $25-$500, with Chef Showdown tickets starting at $120 for a limited time only. Follow @SobeSeafoodFest on Facebook, Twitter, or Instagram. Hashtag #Sobeseafood!

The 3rd Annual South Beach Seafood Festival, presented by Hess Wines and hosted by Coca-Cola, will hit the sands of South Beach October 21-24, 2015, with the main festival to be held Saturday, October 24 from 1-9PM. Events will be happening all week to showcase the great local culinary talent of Miami and kick off stone crab Season. Events will begin on Wednesday with the Hess Select Wine Pairing Evening at Joe’s Stone Crab, Thursday night is the GOYA Foods’s Cooking & Cocktails Interactive Dinner, hosted by STOLI, the Vodka, Friday night is the annual battle of all battles, Chef Showdown, sponsored by Range Rover, Whole Foods, & Bacardi, and Saturday features the all-day South Beach Seafood Festival. In addition to promoting the local culinary talent in the area, the event benefits Community Initiatives Foundation in support of the EAT SMART Campaign to fight against childhood hunger, childhood obesity, and assisting the community to find the perfect balance through nutritional awareness & individual development in Miami Dade County. 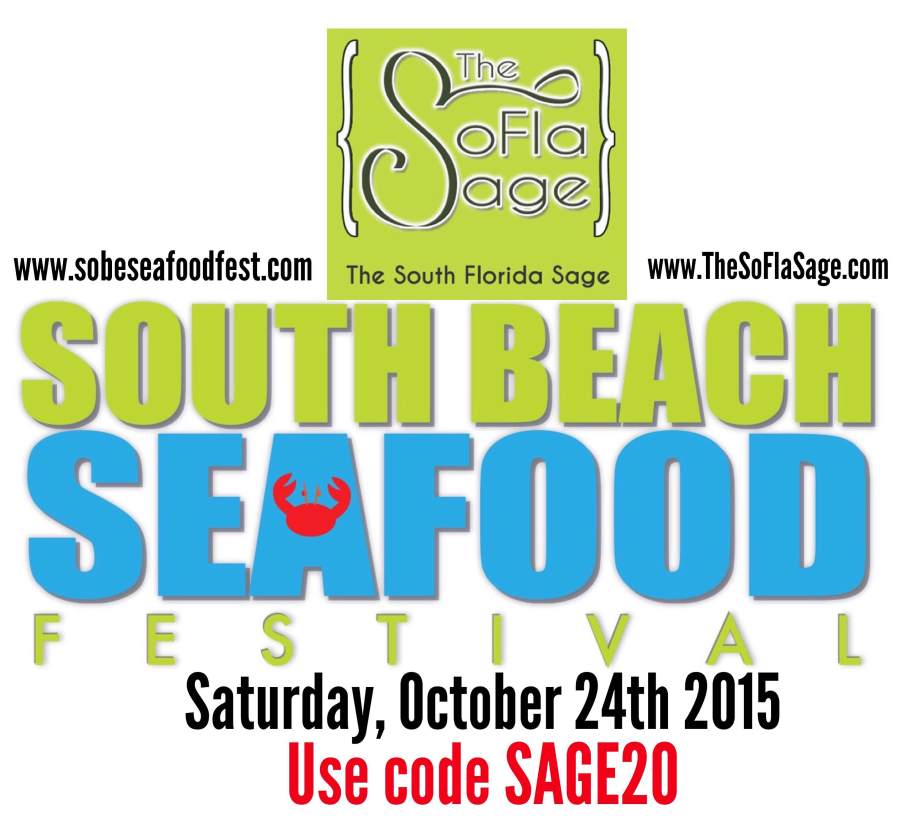