This past October of 2015, the Fort Lauderdale Marriott Harbor Beach Resort & Spa welcomed back its critically-acclaimed restaurant 3030 Ocean, following an extensive three-month renovation. Now at the helm of the kitchen, where her career first began, newly-appointed 3030 Ocean Executive Chef Adrienne Grenier has developed a fresh menu to match the restaurant’s modern, maritime-inspired design and ambience.

Grenier brings her own signature cooking style of inventive farm-to-table fare – which won her the title of champion on Food Network’s Chopped – to the seaside restaurant, with a menu that highlights premium, seasonal and locally-sourced ingredients. With a heavy focus on Florida seafood, 3030 Ocean’s new menu puts a spotlight on the best product available in South Florida.

In keeping with the restaurant’s beachfront location, the raw bar remains an integral part of the menu with choices ranging from east and west coast oysters to gulf shrimp. Starters from the sea include snapper crudo with fennel, crushed olives, lemon, chile and mint; Florida clams served with bacon, baby potato, fresh herbs and crème fraiche; and spiny lobster ceviche with coconut, lime, papaya and chile.

All images appearing in this post photographed by Holli Lapes 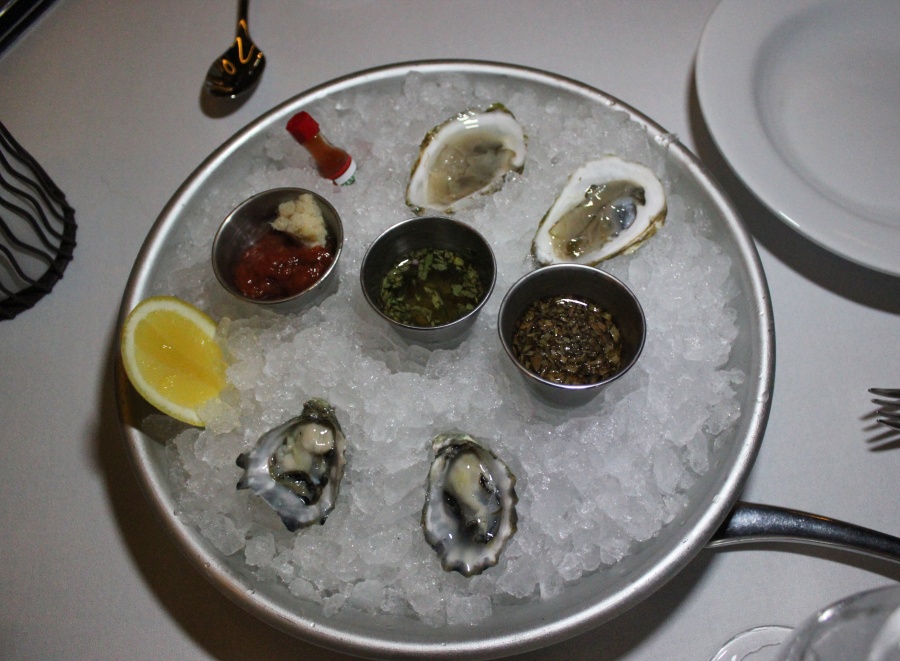 These oysters were delightfully fresh and served with the perfect accompaniments of traditional dipping sauces including a mignonette.

The Wahoo Sashimi had a really clean flavor profile. The plating was pretty and vibrant with a dramatic twist from the black garlic. 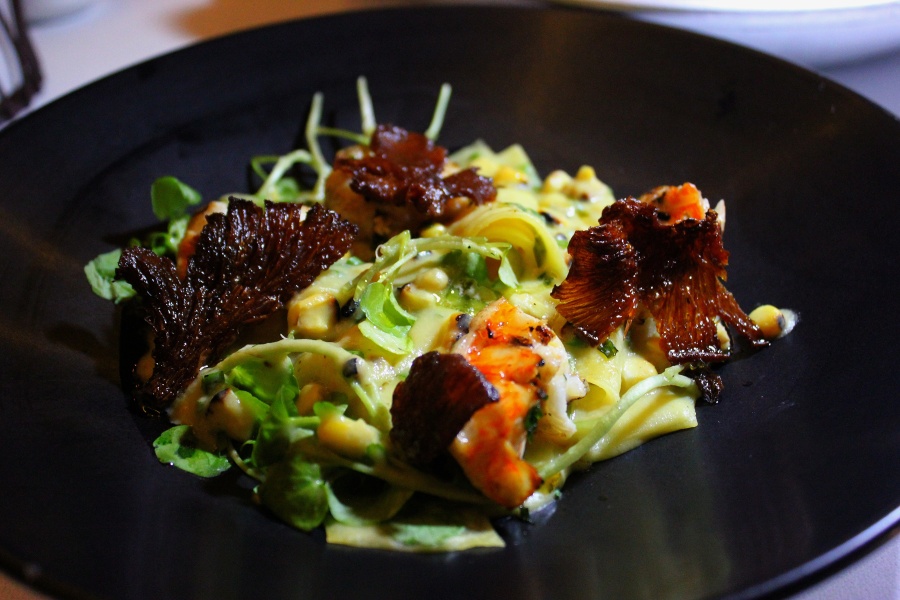 This appetizer on special was such a unique creation! My first time trying oyster mushrooms, which brought a crunch factor to the plate. I loved the way corn was included in two ways. I think I would have preferred the greens to be on top rather than mixed into the pappardelle.

Guests are able to indulge in farm fresh plates with produce from Swank Farms such as the vegetable plate – a variety of seasonal and local vegetables served with heirloom grains. Notable entrées on deck include sautéed Florida flounder, Lake Meadow Naturals chicken with calabaza, wild rice, maiitake mushrooms, spinach and jus and Jackman Ranch bone-in ribeye with roasted potatoes and black garlic truffle butter. Rounding out the menu are savory sides including local corn succotash, crispy Brussels sprouts with mustard, wild rice and mushrooms and broccolini.

This dish had rich flavors coming from the butter and fried capers, satisfying the taste buds as an entrée, which may come as a surprise since flounder has a delicate white flesh. Again, we see here another ingredient used two ways; the cauliflower.

The sesame-chile aioli was just outright delicious.  The elements worked perfectly together, all complimenting the tuna harmoniously.  The green papaya slaw had just enough spice to contribute to the dish without being overpowering.

Although it is not what I imagine when I think of a fruit tart, I really enjoyed this refreshing dessert. I like how the citrus was brought into the curd but also would have also liked if it were to highlight the vanilla to bring more of a  sweetness to balance out the tartness further. Most of my experience with guava is from the pastries, I enjoyed having a lighter variation [sorbet] of what is typically a very sweet paste. 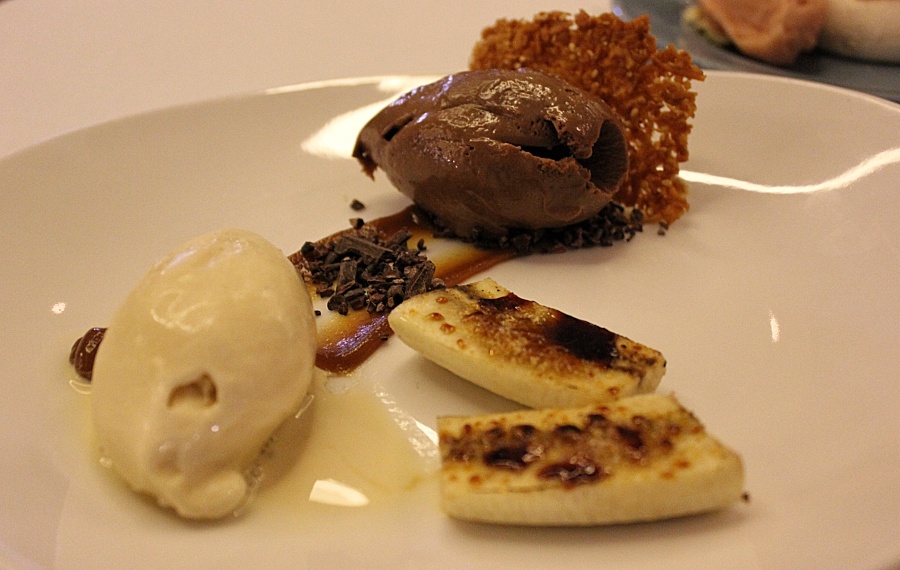 I’ll be honest with you, I didn’t know what to expect when I ordered this. I saw cremoso and thought it might sort of like a chocolate mousse. It turned out to be more dense than a mousse, with a cream cheese like consistency. The cremoso was certainly the star of the plate, as the name of the dish indicates. I loved the small bits of chocolate on the plate and the bruleed bananas as textural elements. Its the little things!

All images appearing in this post photographed by Holli Lapes

One thought on “3030 Ocean In Fort Lauderdale Delights Guests With Creative, Local Fare”