Banko Cantina, a Mexican restaurant and tequila bar, is now open at 114 S. Olive Avenue in downtown West Palm Beach. Originally home to the American National Bank, this 1921 landmark building was added to the U.S. National Register of Historic Places in 1997.

The three level 13,000 square foot restaurant features a rooftop bar, lounge, private dining space and 130 seats in the main dining room. The restaurant’s second floor was designed especially for special events, including corporate events and private parties. The 3,000 square foot third floor, partially covered rooftop features a 90-foot bar in the center, 14 foot ceiling, seating for 150, along with a kitchen serving lunch and dinner from a select menu. The restaurant also features 14 60-inch televisions throughout for sporting events.

During happy hour, imported and domestic bottled beers are $4 (excludes craft beers) and select wines are half off, including Estancia Pinot Grigio, Carmen Chardonnay, Josh Cellars Cabernet Sauvigon, Terrazas Reserva Malbed and Columbia Crest Merlot.  House margaritas are $8 and mixed drinks are half off.

The South Florida Sage recently had the pleasure of visiting Banko Cantina during Happy Hour! Check out our experience below

Banko Cantina’s interior includes elements of the historical building, including the original wood, used for the tabletops, as well as the chandeliers and tiles.  Chicago artist David Bozic, who blends fine art with street-style, is handpainting his work onto the walls.

The restaurant features Northern style Mexican cooking and is inspired by Mr. Sanchez’ childhood in Nuevo Leon, Mexico.  Mexican cuisine consists of many different regional styles depending on the climate of the area. Northern Mexico’s desert climate supports a large livestock population that led to the region’s meat-based dishes. The ranching culture’s historical use of wood fire and outdoor cooking is what developed the distinct smoky flavors that are the foundation of BankoCantina’s extensive list of locally inspired tacos, steak and mesquite-grilled skewers.

Let’s have a closer look at that: 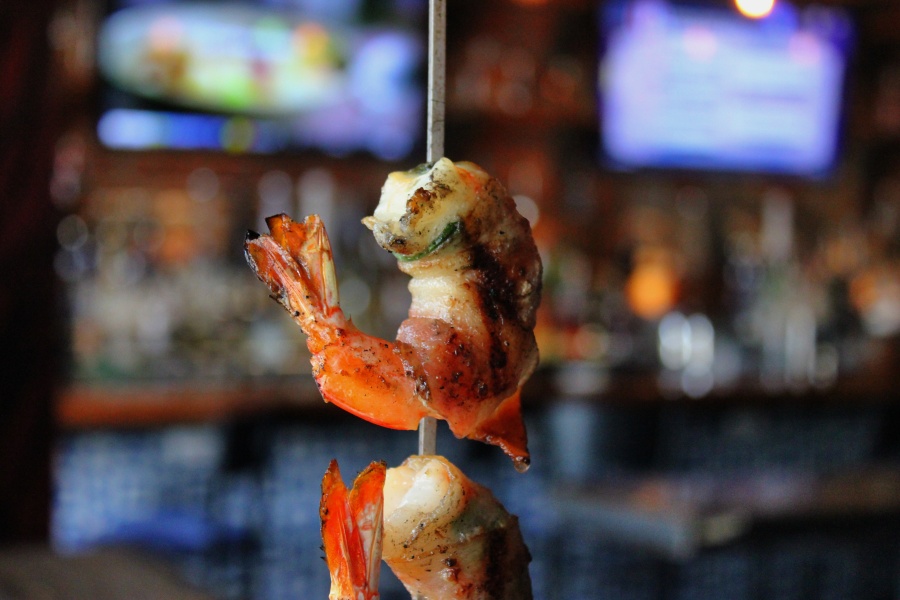 The restaurant incorporates locally grown and harvested produce and fish when possible, varying with seasons. Desserts will be made in house.  The restaurant uses authentic imported tortillas from the Northern region of Mexico. 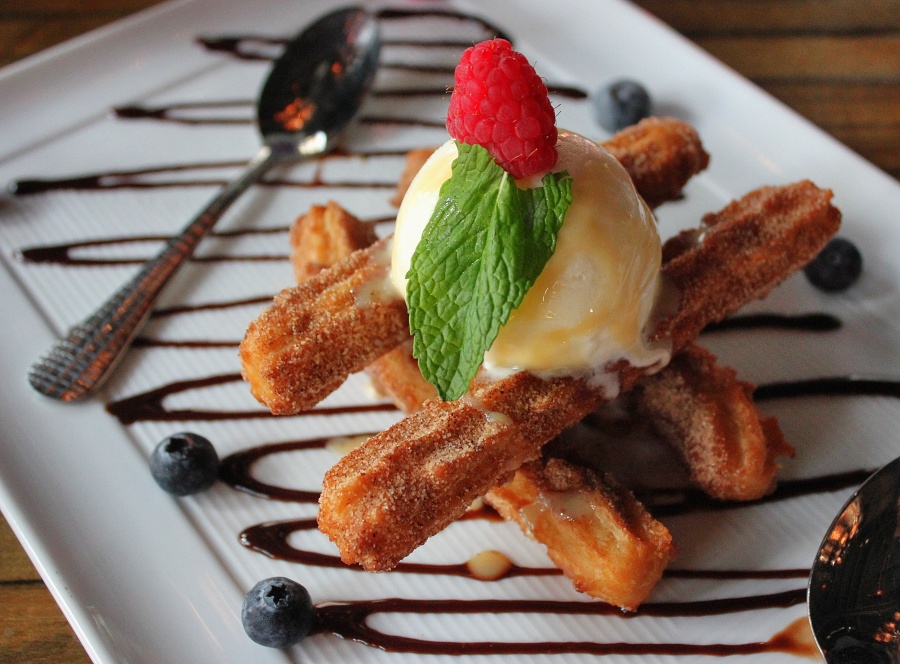 Sage Says: I was extremely impressed with Banko Cantina! It is unlike any other Mexican restaurant I have ever visited in South Florida (in a good way). The cocktails were perfect in both taste and presentation. The shrimp & bacon skewer was delicious and I adore the presentation. The skewer hangs at the edge of your table when it is served. I’m not sure if I’ve ever had a lobster taco before, but I’m sure I’ll never forget this one. Great mesquite flavors in the food that really gives a wow factor and adds to the authenticity. I liked the melted cheese in the corn, usually I see just a sprinkled cojita on top of corn in other restaurants, which is good too, but this one is different. The history of the building and layout of the restaurant itself is the icing on the cake. I was there during the week so the rooftop bar wasn’t open (too hot to sit up there in the summer anyway) but I got to check it out and it was pretty awesome. Cant wait to visit in the “winter” when its a bit cooler out and enjoy happy hour once again, this time on the roof. During sunset, perhaps.