I couldn’t imagine how an ice sculpture would survive on the beach (although the weather was nice and breezy last Sunday afternoon) but a sand sculpture- that is more like it!

There was a new layout this year with more places to relax and enjoy this grand experience — whether it’s with a cocktail under the shade or your hips swaying to beat of the music coming from the Hard Rock VIP tent.

The Grand Tasting tents celebrated all areas of Miami as participating restaurants are grouped together in culinary quadrants representing districts across South Florida — from South Miami and Coral Gables to Brickell, Wynwood, South Beach and on into Fort Lauderdale.

Peach Slushie made with Bulleit Whiskey

Food Network and Cooking Channel chefs, authors and culinary personalities dice it out on the KitchenAid Culinary Demo Stages.

I was thrilled to meet one of my favorite Food Network stars!

This cocktail, made with proseco and aperol, reminded me of a creamsicle – loved it.

A beautiful (and quite delicious) sample, brightened with watermelon radish and tomato.

WOW! Creamy and delightful – now I must make my way to the restaurant, Fratelli was nice enough to give out $15 coupons along with the tasting. 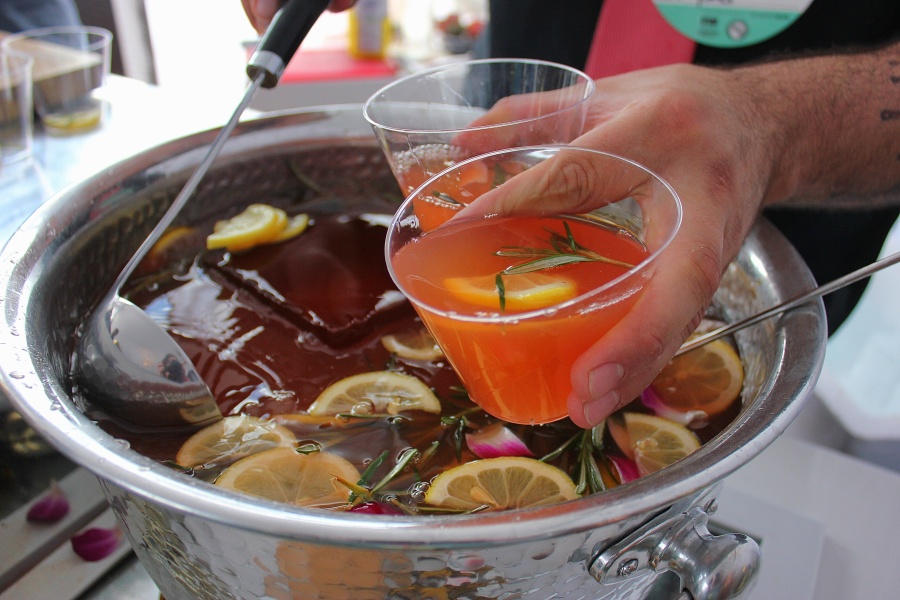 This punch was the bomb as far as flavor goes and what a fantastic presentation with the giant ice cube and bursts of color! 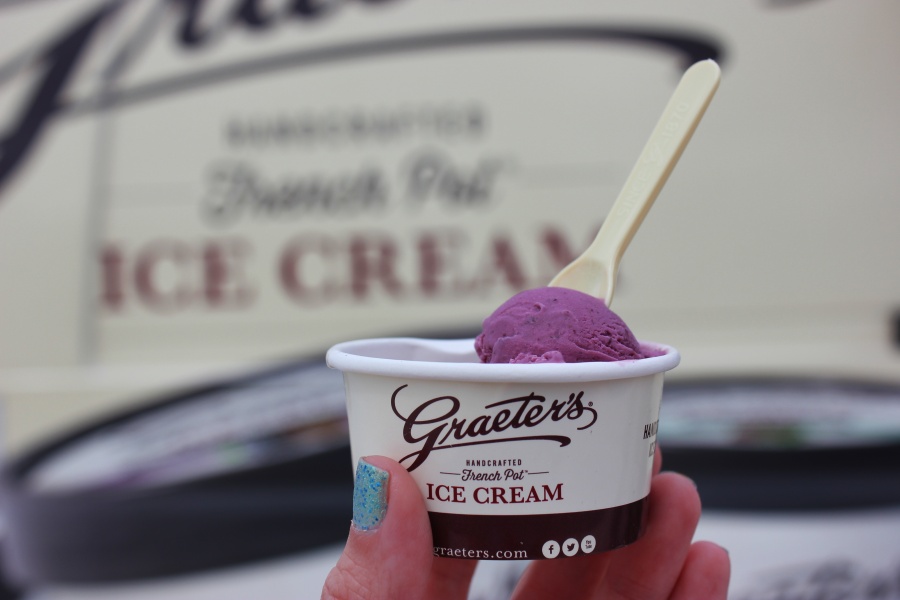 I had never heard of Graeter’s before! I am a huge fan of black raspberry with chocolate ice cream and was excited to see that it is Graeter’s signature flavor – I would definitely buy this in stores. 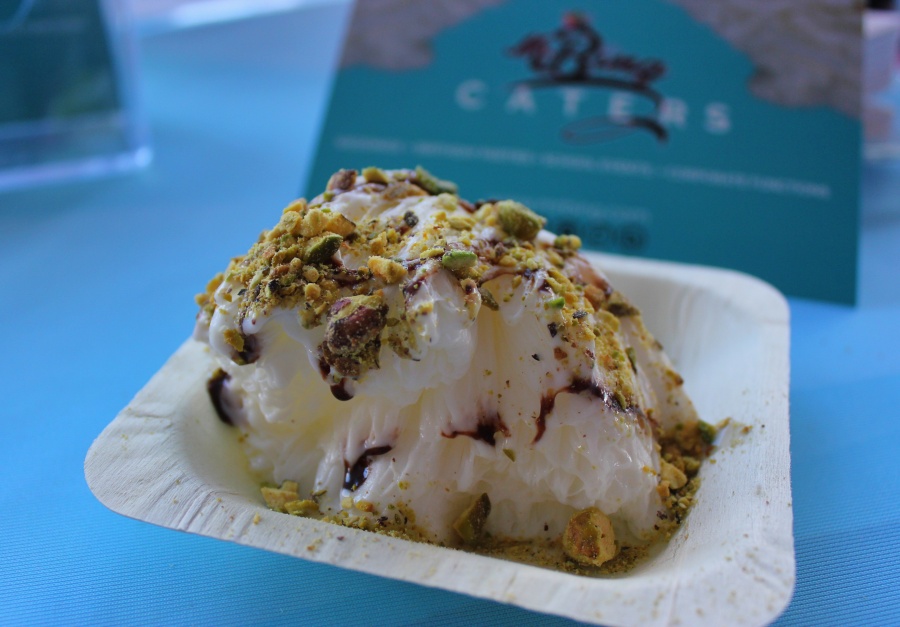 This “ice cream with a fork” won the title of Best Bite on The Beach by voters choice in the Miami New Times! I would agree that it was one of the best things I tasted at the festival.

Samoa Donut by The Salty Donut of Wynwood, Florida

The Salty Donut, which started as a pop up during Art Basel Miami 2015 has gained much attention during the last few months with their creative donuts. Salty is here to stay – a permanent location will open soon. I enjoyed the taste and texture of the Samoa!

This was my first time attending the Grand Tasting Village and I loved it. My advice: arrive on time as the event gets busier as the day progresses, and don’t forget to pace yourself – there are so many delightful bites to try and plenty of wine & liquor samples. Also, plan ahead – look at the schedule to see what time your favorite Food Network star will be doing a demo and book signing! Or maybe you are only interested in the demos, in that case – you can buy a ticket to attend just the demo portion of the event!